Just saw on FOX they are putting on an old game between West Sydney and Sydney.

West Sydney had Trahair running the point. I remember back in my younger days when he joined the league he was touted as "the next Gaze". But now in my more mature age, I'm watching him and he doesn't look close to being a star. Lacks energy and intensity, and doesn't have the athleticism.

I remember in his Perth days he played SG and was a deadly shooter. I also remember some game in an Under something tournament he led Australia to the Gold including a game winning three that caused Bob Turner to lose his sh1t on the broadcast.

Just re-reading my post, it does seem just like random ramblings. I guess the question I was trying to ask was, was he really a star back then? Or a player with star potential?

I only remember the hype, but I didn't watch as much basketball back then nor did I understand the game as well.

He entered the NBL as a potential star and did well as a rookie, but just never really took that next step. It's a fairly familiar story when it comes to promising juniors. To answer the question, no, he was not really considered a star player.

Trahair was brilliant as a youngster.
He had a exceptional debut year in 94 (but for one S McKinnon would have won rookie of the year) and in 95 was a big part of the Cats championship. He was promoted to starting at the 2 spot ahead of Anthony Stewart for much of the season.
IIRC that was also the year he was part of the U19 Silver medal in Greece, and he was chased by several big name colleges, who were disappointed to learn he was already professional.
Trahair was a protégé of Dr Adrian Hurley, and had followed him to Perth from the AIS.

When Scott Fisher and Ricky Grace became Naturalised (James Crawford already was) the Cats recruited Vlahov's friend Todd Lichti to fill the starting 2 spot. As is so often the case, Trahair went looking for more opportunity, thus embarking on a journeyman career.

There was no "NBL TV" back then so I didn't see a lot of him after that, but somewhere along the line, he became a doughnut.

He did ok with Perth in 94 and 95. Shortly after that he signed what was a massive deal at the time of something around the $500k for 3 years and never really lived up to expectations after that. I also recall him being touted as the "next gaze" but he never came close to living up to that name.

Were you always a donut Dazz or did you become one along the way?

Since I'm not illiterate, nor American, I can never be a "donut."

He did far better than "ok"

Was that the Sydney deal? (He left Perth at the end of 96?)
I find it hard to believe that Sydney would so massively overpay someone who was still only a promising young talent. So unlike them.

I'm pretty sure he wasn't taunted as the next Gaze. Frank Drmic had that moniker.
Trahair was streaky and a good shouter, however he always seemed disinterested. But I guess that was his demeanor.
I rated him a solid player but probably didn't reach our lofty expectations.
His game did suit more international sport rather the nbl of the 90's 00's. He was fantastic for Oz 94. That three against Argentina and GInobili is up there with best games I've seen.

Yeah i wouldn't say he was brilliant as a rookie either. He was good with a lot of potential he didn't live up to. I remember he had good vision and was a great passer and good knock down the three. But he was always very laconic and not an athletic type so not good attributes to have in combination.

I think people are reinterpreting history, or confusing exactly when they saw him play.
He was OUTSTANDING as a Rookie.
Then in 95 he was good enough to get a starting spot in the first team to win the NBL "Triple Crown."
A team that went on to place 3rd in the McDonalds' championship, beating Real Madrid.
It was also during that period that he represented Australia.

It is certainly true that after that he lost his way, lost interest, and never really lived up to early expectations.

@Dazz - Yes it was certainly an extraordinary deal, of course being so long ago I don't have any evidence of that but I specifically remember the 500k for 3 years. IIRC his first year with the Kings was quite average so they must of been kicking themselves.
Seem to recall Perth giving him a decent contract to lure him to Perth in his rookie year.

1994 was a big year for rookies - CJ Bruton, Trahair, Mackinnon

I think you might be the one reinterpreting history, Dazz.
Yes he rose quickly to the point where he was worthy of a starting spot - in a league of 14 teams = 28 starting guards, but the improvement tapered pretty quickly from that point.
He was "outstanding" to the tune of 5.4 points, 3 boards & 2 assists per game. Fine for a rookie, sure, but not exactly instant All Star. Then in '95 he started getting his bomb on and lifted those numbers to 9.7, 3.5 & 3.1.
He went on to average 12.4, 3.9 & 3.3 for his career.

no years above 20ppg

no Crohns disease, no all star games, no NBL awards

Great clip Luc. Bob Turner classic - any chance to get him back to join the Fox team?

Let's clear this up, Aaron Trahair was better than 99.99999% of people at the sport of Basketball in OZ. If he was playing in a local country ball side he would be more dominant than Michael Jordan was in the NBA. If you put Drimic's brother in an amateur aussie side in country Australia he would be unstoppable just about e.g. Univeristy level side. Some of you aren't giving Trahair enough credit, he would dominate amateur basketball in Australia and also levels like Big V 2nd or 3rd division. He's quality as he dominates these levels.

As a diehard kings man, I remember Trahair very well back in the day.

He was, extremely hyped up in his junior days, but had that enigma of being lazy, not huddling and not interested. Had some horrible games for the kings, as I recall they tried him as a combo guard there for a while, he would give you 5 assist per game which was decent. He was Also a good rebounder for his position. I think his lack of athletism caught up with him later in his career, as he couldn't jump higher than 5 inches. I recall a game in Townsville in the late 90s, he had like 0 points and shit 0-13 or something like that, kings got belted and he really struggled that season, as did the kings.

Put it this way, he won't go down as a brilliant player in my books, nor would he even be in the top 25 best kings players of al time

Aaron "Air" Trahair. I'm pretty sure that nickname was ironic.

He played out his career in Cairns, where he was at best a player who could make you think things were going to happen... they rarely did.

He will go down in history as a guy who had a lot of potential, and didn't live up to it. Reports from people I know who were close to him during his Taipans stint are that he was much happier sitting and playing Nintendo than practising or getting fit.

to average 12.5 ppg over a 300plus games for many clubs with different playing styles is awesome.
well done aaron one of the smartest players to go around.
if you had a - trahair on your team you are going to win more games than you lose - and to still be talking about him all these years after he has finished is also a testament of how good he was.

Thanks Mum, love ya

Trahair didn't play out his career in Cairns. He went on to play with West Sydney, Hunter, Singapore and Wollongong if my memory serves me.

He was naturally gifted but really laid-back kinda guy, which gave the impression he didn't really care. He could shoot the lights out though.

Didn't he play his last season back in Perth ?

I think you might be the one reinterpreting history, Dazz.
Yes he rose quickly to the point where he was worthy of a starting spot - in a league of 14 teams = 28 starting guards,

NO Dan, he rose quickly to the point where he took the starting SG role in the best team in the country, pushing out the guy specifically hired to do the job, and went on to win a championship.

So now you're agreeing with me, he was outstanding as a rookie, and an 18 yr old (not ex college) to boot.

but the improvement tapered pretty quickly from that point.

Yes Dan, that's what we've all been saying.

So now you're agreeing with me, he was outstanding as a rookie, and an 18 yr old (not ex college) to boot.

18-year-olds (and younger) came in and did well all the time back in those days. It'd be far more impressive to put up those numbers under those circumstances these days, and a lot of posters here are convinced Ferguson is garbage.

When he was 17,
he drank some very good beer,
he had a very good year,
his name was Aaron Trahair.

But he used a fake ID.
His name was Brian McGee. 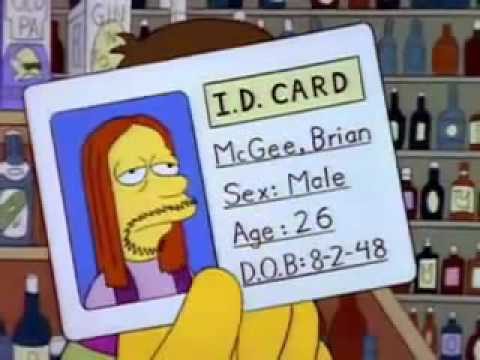 Trahair was one of the best pure shooters of all time but was miscast as a point guard for most of his career. His shooting at wildcats training was the stuff of legend, he barely ever missed

anyone can nail shots at training. hitting in games is a different kettle of fish.

Go through 18 yr olds that made an impact in the NBL back in those days.

Sam Mackinnon
David Smith
Perhaps Anstey although I can't really remember him...
CJ Bruton before he went to college perhaps

Not much else is coming to me off the top of the head.