Was this the craziest 24hrs in basketball history?

Was this the craziest 24hrs in basketball history?

Fast forward 12hrs and an international match between two of the biggest basketball loving nations ends in arguably the 2nd worst brawl in basketball history. Calls for players/officials to have lengthy bans and charges, as well as a country to be thrown out of the World Cup.

Another 12hrs later and news breaks that arguably the best center in the league takes a massive paycut to join the NBA champions and 4 other all stars to form what is by far the best 'on paper' starting 5 in NBA history. A move that many think has killed the league.

Off the top of my head it's hard to think of a 24 hour period in basketball history where so much has happened, so many huge bombshells and headlines were made that sent the world into a frenzy. News and social media are blowing up with all 3.

That emotional lesbian knuckle head is not close to the best C in the League.

2nd worse brawl? What was worse. This was worse than Indiana vs Detroit back in the day...

That emotional lesbian knuckle head is not close to the best C in the League.

Wow, you have an amazing talent for describing players in four words or less. <3

"That emotional lesbian knuckle head is not close to the best C in the League."

Big news for sure although the media in Perth still crap on about some idiot footballer crashing his car.

Big news for sure although the media in Perth still crap on about some idiot footballer picking his nose his car.

As a lifelong Lakers fan, James to LA is the best news since Shaq in 96. Just awesome. Regarding Boogie to the Warriors, there is only a finite amount of possessions in a game of basketball and as mentioned above, Cousins is an emotional, egocentric. At least that's my perception of him. A dominant player none the less. I think Golden State may have just changed the team dynamic for the worse. How the team shares these finite number of possession's will determine their success. Steve Kerr has a huge task next season. Phil Jackson is the only coach that comes to mind who has been successful managing such an enormous amount of ego's. The Philippines must be BANNED FROM ALL FIBA AFFILIATED EVENTS for about 10 YEARS. Disgraceful thugs, not basketball players!

Jordan retiring or Magic having HIV was crazier just to name a few off the top of my head.

Actually thought Cadee did very well, help Sobey, then backed away with Kickert. Did the right thing by not inflaming it any more. His defence in the game before the fight was a different issue though. 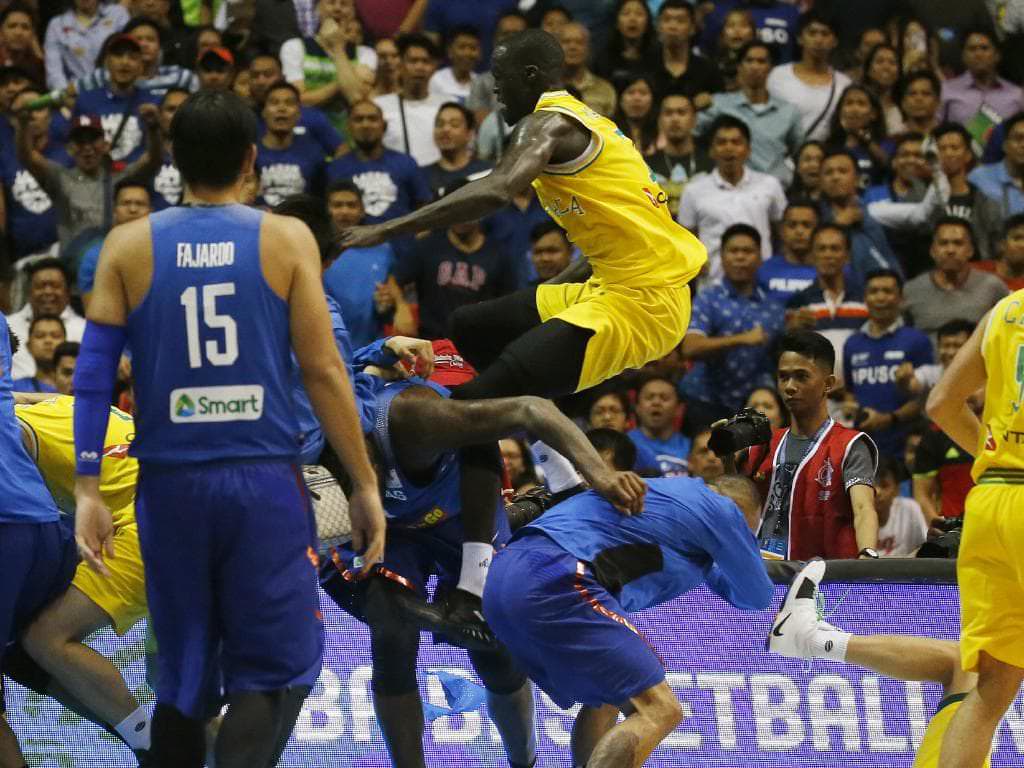 I rate Jordan's return and the "I'm back" comment as number 1.