Do we Need a European Coach?

They do it with Football - why not with Basketball?
If were going to play in tournaments where the majority of top teams are European - playing European style ball - for European Refs = then certainly it makes sense to get a European coach?
There must be some top Euro-League coaches that arent coaching National Teams. Maybe a mercenary is what we need - somebody that doesnt care about NBL loyalties and will do whatever it takes to win

Euro coach for a group of players who play either NBA or NBL. Makes sense.

Makes sense when the 3 medalists are from Europe. Any Australian coach won a medal??? European basketball is way different to American and Australian ball. Let's get some new ideas and experience rather than spud Lemanis who's shit as a Nbl coach. And I'm not the OP.

Just another poster
Two years ago

Second we didn't medal not because of coaching, we straight up don't have the rosters Spain and France and even Serbia for that matter do. We have a lot of heart and character but that can only get you so far. Be interesting to see what happens next year when we can finally add some top end talent.

In every world cup since it began in the 1950s, a team that wears red, white and/or blue has medalled. Clearly we need to change the colour of our uniforms.

Makes sense when the 3 medalists are from Europe.

Further, the silver medallists didn't even have an NBA player, given Scola plays in China. Plus he's 39 years old which would've had some Australian fans clamouring for youth in his place.

We finished ahead of almost 10 Euro teams (depending on how you want to assess Russia, Turkey, etc). Swap Broekhoff for Gliddon and I think we would've won gold, though obviously other teams could play a similar hypothetical game.

Picking a coach based on geography? Then wanting that geographical region to be somewhere that the fewest Boomers actually play?

"Makes sense when the 3 medalists are from Europe."

Outside of the nbl, but an Aussie.

"Makes sense when the 3 medalists are from Europe."

Argentina has been in Europe ever since Manu Ginobili invented the Eurostep. 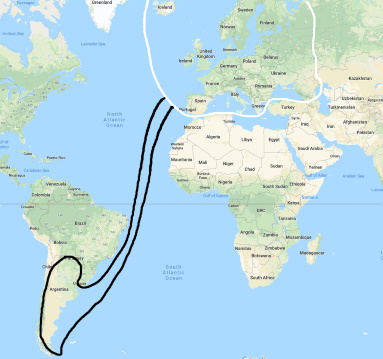 Thank you Paul and Luuuc you gave me a good laugh after a sad day for boomers fans. :::)))))

You may need to see a doctor.

Keep Lemanis but get him a Swiss passport

Lemanis is Latvian. Must be the secret to his success.

I think you will find it's Lithuania decent he’s from.

Must be how we beat Lithuania. So we are looking for a new coach of French/Spanish/Serbian descent to take over from Lemanis for the medal games.