Based on what they have done while playing with Adelaide
For example, Maley was a wonderful player but only 8 points per game kinda guy for Adelaide for a short time.

If you have Motum in that bottom 10, then you gotta consider guys like Ervin, Childress, Diamond Simpson, Hodge (despite being a wanker), as Motum wasn't even here for a full season. Would also probably put Gibson over a number of those guys.

How many years was Rillie a 6er?

Cat in before Ballinger. One was a captain but the other was a champion. And I love me some Balls!

Dusty ahead of Leon in that next grouping. Dusty helped win titles, Leon dunked on people but wasn't a game changer.

If I thought Hodge deserved any accolades with Adelaide then I would likely place him about mid range.

Re JR
He played from three seasons for 36ers

I'd have David Stiff in there somewhere. I'd rate him on a par or better than Ballinger. Similar to the point above about Cattalini.

Stiff and Ballinger were each at the club for 5 seasons. Both were major contributors during that time, although each was less of a contributor in their respective last seasons.

In Stiff's time, the 36ers played finals every season and won two championships. In Ballinger's time the 36ers made finals once and were eliminated 131-101 in the first round of playoffs.

Stiff was an unorthodox and surprisingly effective player. That continued after he left the 36ers. One of 4 players (and the only non-Perth player) who has six NBL championship rings. No-one has more and he was able to win championships at three different clubs.

Charles Thomas was pretty handy for his couple of years here.
average something like 15, 5 and 5 with a couple of seals per game from memory.
Was my fav player at the time.

Thomas, was hated by a large percentage of the fanbase at the time. Not sure if that was fair or not, but he had large amounts of detractors. I think his biggest fault was he followed Mee and Farley, huge shoes to fill.

Ballinger was awful defensively. Would put Stiff far above him. Cattalini wasn't the greatest defensively but he was a killer at the other end. Also would put him much higher than Ballinger.

One of 4 players (and the only non-Perth player) who has six NBL championship rings. 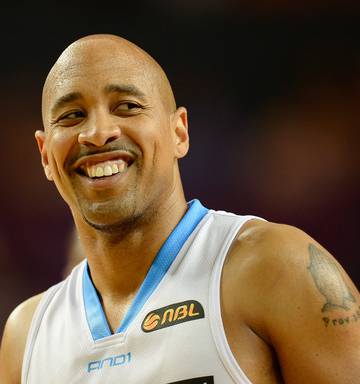 Chairman Of The Bored
Earlier this year

Definitely give Stiffy a guernsey.

Randle a surprising omission, league MVP (only sixer along with Davis) 2 first team NBL, and only sixer to lead the league in scoring.
Mee in as starter with Maher in backcourt primarily because they complemented each other, but would go with Randle as first guard off bench. Based on numbers there is a case as starter, but there's only one ball and Maher is one of definite starters along with Davis. If Bradtke stayed he'd be starting centre but solidified his place as great elsewhere (thanks for that Davis!). Rose for me at the 3, KB at 4 and Dusty as undersized 5. Would be tough team to take on, mainly because of basketball IQ and team first attitude, plus a lot of versatility.
Randle as scorer off bench, Pearce the shooter, Stiff the unorthodox big, Cattalini and solid 3/4 and Green as that other scorer with attitude.