Soooo a coach of the month is announced after some teams have played two games.

What is that about

It's about the fact that the season has been going for a month, I would assume.

Is anyone else having trouble getting the streams to play decently in a Web browser? They look like they're running at 15fps, and the video occasionally goes into slow motion then speeds up to catch up with the audio. Looks awful.

Seems to play fine in the NBL app, but that means having a tiny screen.

Some clubs need to iron out the kinks.

We are more than a quarter through the season, early men's and women’s awards for..

We are more than a quarter through the season, early men's and women’s awards for..

Some clubs need to iron out the kinks.

It has nothing to do with the clubs.

Havent had any issues with the streams. In most cases they are better quality than regular NBL game streams.

I watch the NBL on TV, so I can't comment on the comparison, but my issue isn't the picture quality so much as the choppiness of the motion.

I also wish there was an easier way to get the games on my TV than the old laptop-and-HDMI-cable method. Weren't games on YouTube in the first NBL1 season? I have a YouTube app on my TV, that would've been trivial. Even a Cast button on the NBL app would be an improvement.

You can chromecast from the nbl app for all nbl1 games. Doesn't pop up as the normal chromecast logo, but the tv icon next to the timeline. Both options then come up on device , chromecast or Apple etc

The only icons I have are the settings cog in the top right to adjust the quality, and the fullscreen toggle on the bottom right. That and playback controls.

Is there a screen icon at all near the playback similar to the appleTV icon? 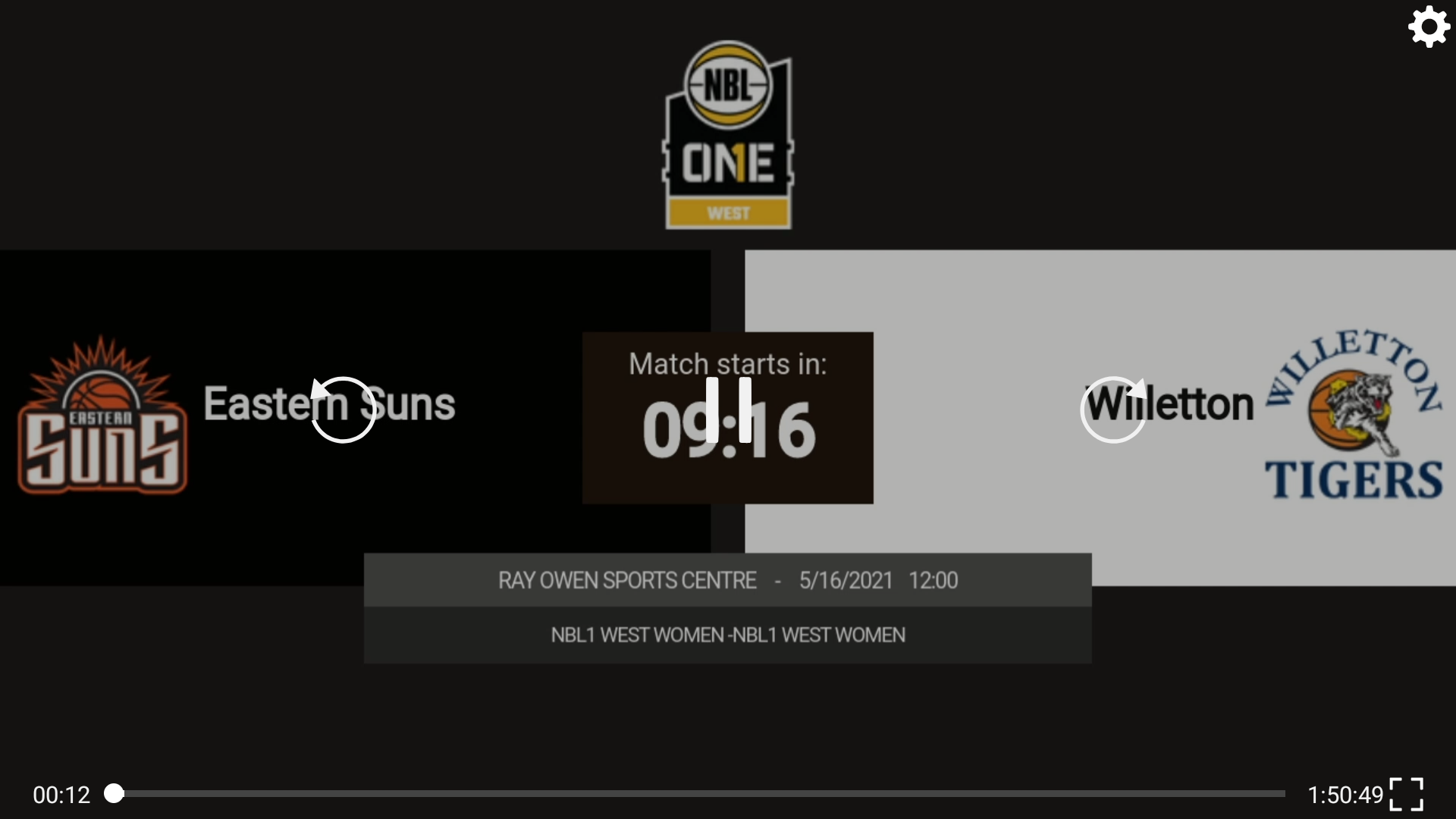 All out of ideas

Phew, I thought for a minute someone was going to help Kobe on this forum, but normal service resumes!

any thoughts/ previews for round 6?

Red74, oh, i see, Red. Give your predictions for this round without preview?

I must say I've never really thought much about [email protected]'s previews but he may have found his calling with the play by play commentary. Tuned in to the Flames Redbacks game last night and thought his call, particularly not being overly biased towards his club, and just general insight was very good. Even more enjoyable was how good he and Whopper (No idea who the guy is but seemed fairly knowledgeable) worked off each other. Maybe he isn't just an arrogant coach after all!

Only caught snippets, but it seemed overly radio-style to me? Barely took a breath, describing every single little bit of action, etc. Might just be the sample I heard, though.

The on-screen clock at the end of the Slammers game didn't start on the final play until after the buzzer had sounded. The way the on-screen clocks work at the moment renders them almost entirely useless, they're only a vague guide at best. Last year the West streams just had a camera pointing at the clock and superimposed that, which might not look quite as good but is far more useful.

Perry lakes women with 1 won and likely losing another this weekend against Wolves. Wtf is going on there?

Can Nix coach without studs? Or does he require that big chequebook to look good?