It's seems the never ending circle of names continues.

Kelly rumoured to be bringing in Nick Marvin again, due to being unhappy with club operations.

There is only one issue I would have thought.

JVG has to go. 36ers are run by a clueless wonder who is listening to all the sales pitches.

Would not be surprised if his review suggests that the club employ him!

Can't see an organization with JVG and Marvin both backstabbing each other lasting long.

The club's a basketcase.

JVG is a part-owner now so if Marvin recommends himself he'll presumably he'll be working under JVG. Like changing deckchairs on the Titanic.

What a bizarre club. Changing things every 2 minutes in hope of success.

Nick's still concerned with how to eradicate Illawarra and Cairns...

What is the Illawarra and Cairns reference? I'm out of the loop.

I hear such mixed reviews about Marvin, it's hard to know what is what.

Nick did everything in his power to cut them both from the nbl - would have made it a five team competition at the time. Quality guy.

Why did he get the ass from the wildcats? Went into a-league after and lasted 5 minutes.

Imagine working for this Club. Watching your back every 5 minutes

So Keeley is now going back to the consultant who originally consulted him which has led to this shitshow. What a slow learner of an owner.

How long before Smyth (I assume we can say that name again) is brought in to do a coaches review. More money wasted.

Oh wow, we can say Smyth again instead of Voldemort?

Good memory - Phil doing a review was another classic move.

I don't care what Marvin tried to do to Illawarra and Cairns.

I just want someone who knows what he is doing to run the show.

At least Marvin has runs on the board.

I don't remember much of Marvin, my main memory is him talking about Hugh Greenwood's departure and taking that late pre-season hit and turning it into Jawaii and another ring.

I wouldn't think Marvin has a great basketball brain but is smart enough to listen to those around him who he believes do.

There were those like botinagy, isaac forman and others that were close to the club who kinda got pushed away.
I used to go to training and felt close, but I was only a fan.
The fan is not important.

Not surprised RE: Marvin with Illawarra & Cairns. Perth would happily accept a two team league if it kept the streak alive.

Wasn't Marvin also floating the idea of Perth leaving the NBL for a SE Asian league because they’d outgrown Australia?

I think that was more of an Andrew Vlahov vision when he was the owner.

And perhaps when the league was at its lowest point and there was no NBL season they may have thought about playing a season in Asia. They never would have thought they'd outgrown the NBL permanently.

Time to get back to basics.
Sometimes you need to look backward to the era when you were experiencing a lot of success, and remember what foundations were in place at the time onto which that success could be built. 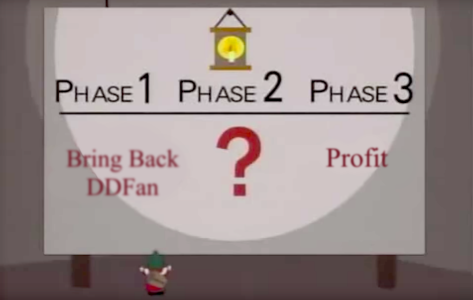 Let the past die. Kill it if you have to.

Everyone knows the problem
JVG selects the team not coach
Let coach pick his team and imports and club pay players .
Unfortunately club won't make finals for next 3 years while he’s around .
Haven’t made finals for a while and last was when Joey in charge.
We lucky to have a team in Adelaide.

Wasn't Marvin also floating the idea of Perth leaving the NBL for a SE Asian league because they'd outgrown Australia?

He did indeed by using it as a threat for leverage. So arrogant.

That's just what Adelaide need, another idiot that’s too big for their boots.

He got a lot of credit for Perth, but look at Perth now without him - still doing well (arguably better). Another waste of space big ego for Sixers. He’ll be right at home.

It's amazing that the Hawks are in a much better position than Sixers on court compared to a few years ago when they looked dead and buried. Shit, even an expansion team like Phoenix are light years ahead.
We have a coach that looks way out of his league, terrible import selection every year and paying Boomer money for locals.
The club resembles a government department, untouchable managers who can't be sacked no matter how incompetent they are. If somehow another team could be formed in Adelaide I'm sure fans would flock to it and dump Sixers like a hot potato.

"The club resembles a government department, untouchable managers who can't be sacked no matter how incompetent they are. If somehow another team could be formed in Adelaide I'm sure fans would flock to it and dump Sixers like a hot potato."
Never going to happen. Stop the fantasy BS please.

Yer, bring Nick Marvin in, but in three months, when still same crap, who'll do the next review? Ken Cole?

Had this club gone a month since Kelly came in without some sort of major embarrassment?

The Sixers would not want a player with this type of off court baggage.

Yes he is a good player, but he has made enough errors or judgement to stay clear of.

Agreed, it was shameful what GK did to him but the last thing the club needs is to bring a guy like Creek back.

And with all those indications he wants to Adelaide, eye roll.

Didn't this happen a year or two back?

Interesting nom36ers staff jumping in here defending like normal. Clearly even they are sick of the constant interference

And yet the answers and people are sitting right there under their noses, and would do it for the love of the club. Can't see the woods for the trees these idiots.

The once great 36ers are now a basket case