Meaningless game for us, so hopefully some reduced minutes in store for Leilani, Erin & Liz, and maybe even the full Bogut treatment for Penny.
There's no shortage of bench players who could use some extra minutes. 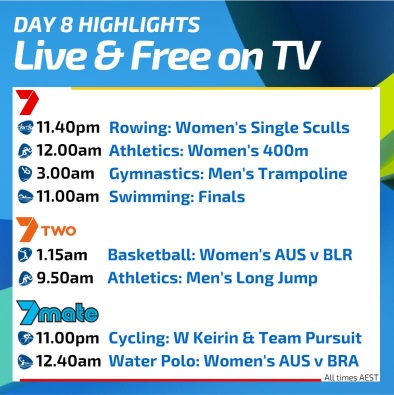 The difference between the Opals+Taylor and Boomers+Bogut is the Boomers have been playing good basketball. I hope Taylor gets a few minutes and the girls get together at least one full quarter of solid basketball, work in their defensive schemes, and get some movement in their offence.

Taylor and Cambage down hard and grimacing on the same play.

How bout that missed layup from right under the hoop :/

Luuuc, how about the fact that so many of us probably never expected it to go in in the first place?

Burton gets backdoored in like the first two mins.

I can't with this.
Will catch up in the morning.

Why is burton playing for Australia?

All these games seem such hard work.

Should have just brought the sapphires.

so much for trying to rest Taylor.
already gone to the match up zone.
offensive is non-existent.
Cambage needs to be played in 3 minute bursts, because she is not fit enough to play any more without resorting to fouling.
Tolo and Cambage on at the same time provided the best post feeds/scores in the last game - of course hasn't occurred again.
Burton just seems to run up and down, gets scored on every 2nd possession and does nothing on offense, she is too slim to set any effective screens, useless on rolling to the basket and being able to catch in control.
Last Olympics, Opals won every 1st quarter.

Burton where's your man on that 3?

need to sub in Batkovic to score some points, whilst Tolo is in foul trouble and Liz is resting ......oh yeah that's right she wasn't good enough.

The lack of effort and fitness is quite disturbing.
Are they rebelling against Joyce or something?

Hopefully major changes after rio.
All coaches, most players. Time for the new crop.

Is this real life? Beyond the obvious of certain players not being international standard, no one is showing any effort.

We can't be tanking because that would be pointless...

You aren't tanking if you're playing your starters the minutes they've played.

Is this some stupid plan?

Is anyone feeling confident on Opals chances going into knock out round?

that was the largest loss Belarus have had.
They are better than the results show as all losses have only been a couple of pts. I think previous biggest loss was 3pts, Opals doubled that to 6pts.

Still not at their best, but look at the results before getting too critical.

It wasn't a textbook win in the slightest and the Opals can’t expect to continue to play the way they played if they want to progress deep into the tournament.

The result is the result, but the fact is that is could have been over and done with earlier. The Opals are the superior team, but the combinations are hard t fathom. Just watched the full replay and what the coaches are seeing is obviously what we see. They play Burton FOREVER until we need to fight back, then she doesn't hit the court, she is clearly not up to the standard and the fact they keep starting her is insulting to he others and doesn't help her. It just highlights her deficits. Bring her on when the other teams starters are tired or in foul trouble and she might have a chance.
On a brighter note, the effort showed by the Mitchell, Ebzery, Jarry, Hodges, Francis or Tolo combination got us out of jail here.

^ Joyce sees nothing I'm convinced of it, bet he won't even watch a replay , because if he did he would never have taken burton to begin with

He wouldn't have to watch much....the first 5 minutes of the 3rd quarter where subs out all of the starters except her, tells the story. Painful to watch. I feel for the player. This is not building a career or a reputation.

I knew he would dig in with Burton when he started to get publicly questioned on her inclusion. Now she's a starter.

everyone needs to stop focusing on Joyce and Burton. the Opals are 4-0 and just gave Belarus their biggest loss. Why not focus on the results, 4-0, and start to support the whole team. This team has rebuilt without Jackson who has been a mainstay for many campaigns. You cannot make comebacks to win games like they have WITHOUT a strong team spirit and belief. They are all on the same page.

Getonboard, I too was critical of the early criticism of Burton and her inclusion in the team and actually posted here for us all to,start supporting the team. However I'm big enough to admit I was wrong. I haven't seen actual match stats yet but I doubt Burton has reached double figures in any of the key areas. At Olympic level and the amount of court time she is getting is totally unacceptable. This is not about the person, it's about her contribution and Joyce is a fool if he persists with using her. Then it's also how her lack of contribution is affecting other play rotations and the ability of the team to execute.

manoftheworld, some truth in your post, but @#$ why cant people get off her back? It is not her fault how things have happened. How people can character assinate someone they do not know ( i do not know her) has got me beat. It is unaustralian the crap leveled at her. The same people putting out crap, if they win gold, will be all over them trying to shake hands etc. She is trying to win a gold medal for Australia, which is far more than most posters on here have achieved!

No character assassination here at all, no suggestion that she has done anything other than totally worked herself as hard on her fitness and skills as anyone could to make the team, that she has entered into the team as a supportive and positive ego-less person who gives total support to her team mates,to the coach and to all the support staff, and that she IS representing Australia as a fine example of a fully dedicated Olympic athlete.

She has accepted that she has been selected, ( as we all would in her place) , that she listens and does exactly what the coaching staff asks of her, and puts everything on the line to to the best job she can when she is TOLD to go on the court and compete.

i don't know her but I'd put my house on it that she has never asked for any favours, nor given any in return, from any of the coaches or other players.

Well done to her.

the criticism in this forum that I'm reading, both professional and personal, is all on the coach.

i hope the girls win gold, and if they do they ALL deserve it. They will have carried the coach there, rather than the coach assisting them.

No mention of Lavey today? Her efforts in the last quarter with Mitchell in foul trouble played a large part in the comeback.

I think Lavey defiantly deserves her place in the team. She has played great defence on some good guards. Not as good a shooter as Mitchell but needs a few more opportunities by the coach and she can be a good scorer. Her turnovers are few and the sync in offence is there with her running the point.

Opals really need to atart producing from the get go. These second half comebacks won't cut it against the US

Burton never selected herself nor demanded a starting position. There is no doubt that her team mates are questioning the rotations and most critically when the team is in trouble she is on the bench. "Bat Girl" is certainly needed to bring some mongrel
and support in the 4 spot.
Lavey's selection has been known for 12 months after end lees accolades from Joyce. It certainly could not have been based on her ability to hold the classy guards in the better teams. Ebzery is clearly more experienced
Tolo needs to start in the 4 which is obvious to any one who grasps the game.

4 wins on paper is sensational as is winning the pool however the tough games are ahead. More early mornings and hopefully plenty of support for our girls.

We have 5 wins guys. 5 wins. 0 losses. Top of the group. Avoid USA until the Gold Medal game. We've done what we needed to do.

Have just caught up with the rest of this one.
Another thoroughly uninspiring performance by the Opals.

I question the wisdom of playing Leilani, Penny & Liz for 20+, 23+, 23+ minutes respectively. Thankfully Leilani was limited by her own foul trouble.
Those 3 have already done a mountain of work this tournament and will be even more heavily relied on in the knockouts, so to further wear them down in a meaningless game was dumb IMO. I'd much rather be 4-1 if it meant even 1% less fatigue for those key players going into the quarters. I'm guessing a night off would have done Penny a lot more good than just 1%.

Positives: Lavey & Ebzery continue to give good support off the bench. Jarry finally got some decent court time and did well with it.
George was forced to play due to Tolo's foul trouble. That's another plus in my books.

I would have liked to see a lot more Talbot minutes. She's a pretty good athlete and could still play a role for us, but rather than easing her into the action these pool games just seem to have been used to kill her confidence.

Probably a bit unlucky to finish 4th and play the USA in the crossover.

Will Australia have Serbia in the crossover?

Not an easy one for us by any means.

re all the anti Joyce crap, at each TO i see Joyce talking with his 2 assistant coaches. No doubt they also talk outside the game.

Are all you anti Joyce posters saying the 2 assistants have no input??!!

His assistants have zero input.

Some are Joyce - Burton lovers.
I find them hard to watch.
I like; - Cambage , even though some reckon she cain't play, and watching Tolo making it look so easy.

Luuuc, if Senegal beats Serbia, China will go through regardless of their result against the USA as they'll own the head-to-head on the three-way tie, but what are the odds of that happening?

^ Quite right, paul. Thanks for the correction.
(and yeah, still highly unlikely)

Whoever we get, if we play like we have in the good patches we'll win comfortably. If we play like the first three quarters of the past two games we'll be up against it.

It all comes down to the defence, when we're getting stops and running no team can guard us, but when taking it out of the net consistently we are just an average team.

Many of the fouls are a result of 3 step layups so does not reflect true fouls and takes away the great d on tje drive and potential for the strippped ball. Thats on the refs ...and the midcourt issues were on the great performances by the National Institute of Dramatic Arts in Belarus ! The rest of the issies are on the coaching staff and team !!!

I'm watching Serbia play right now since that's the Opal's first game match up and I've never watched them play. Another scrappy European team with mobile bigs who can pick and roll, pick and slide, and pick and pop.

The Serbian starters are playing very limited minutes too -- something I wish Joyce would have done.