well selection Sunday has occurred - who you got ?

Duke look good particularly if they get Bolden back.

I can't see anyone beating Duke especially once Bolden returns. That being said, March Madness brings some unpredictable and crazy results!

Some really interesting first round matchups.

Murray State vs Marquette places two of the most dynamic players in the field against each other in Morant and Howard.

Minnesota vs Louisville. Richard Pitino coaching the Gophers against the school his Dad used to coach for and is suing for $44M USD

SMC vs Nova. A rematch of the 2010 round of 32 game where a 10 seed Saint Mary's knocked off the 2 seed Villanova off the back of huge performances from Samhan, Delly, Ben Allan to name a few.

The biggest upset that I can see in the fist ruond is 12 seed Oregon beating 5 seed Wisconsin. Ducks coming in hot.

One thing that is guaranteed is that it is going to be great viewing!

Ducks were amazing winning their conference tournament or whatever they call it, so many variations in the NCAA, I actually hope they do some damage.

Will be keen to see how Bradley go, first time back for a while, the program being rebuilt in good fashion.

That’s half a head taller than Durant and Pledger, with bigger wingspan to match. FMD

I guess it goes without saying who I'll be cheering for (as I've done for about 25 years now) If you're looking for a bandwagon jump on Zion, his shoulders are big enough to carry plenty of you

This kid is something special and can't wait to see him in the NBA. If you haven't seen the highlights of Duke's ACC win check them out. The kid is a rebounding/dunking machine but also does sublime things like at one stage getting a rebound and busting out in transition and throwing a 20 metre bounce pass through 3 defenders to hit his point guard in stride for a layup.

At Zion's height and weight (he would be the second heaviest player in the NBA today) it is staggering how nimble and light on his feet he is. His second jump is so quick and explosive which helps him get offensive boards off his own misses. The guy will leave you every game saying 'wow' to something he does. His defense is staggeringly good also - the block he made on the corner 3 against Virginia was unbelievable and close to the most amazing thing I have seen on a basketball court.

Duke fan IMO - I feel Blake Griffins work in the paint was of high standard similar to Williamsons but Zion gets his hands on the ball more in the back court than Griffin. I could be wrong but IMO.

That's easy - Virginia. They choke at every tourney after really good regular seasons.

@Perthworld, while history shows they have had some upsets, Virginia losing to a 16th ranked team this year would be a minor miracle, but it is called March Madness for a very good reason.

I tend to agree with the comment comparing Blake Griffin to Zion Williamson, he was an instant impact player and in similar fashion took the NBA by storm when he first appeared, lets hope Zion can stay fit and healthy, show us what he can do at the NBA level...

But first, there is this little tournament for him to cope with :)

The Zion/Griffin comparison is valid vertically and in terms of size/athleticism combo, but Zion is quick on the ground in a way that Griffin isn't and wasn't. Griffin also didn't have Zion's handles at this stage, and I don't think his defensive motor was in the same range. Griffin was a lot bigger and as much as Zion has made some 3s this season, I think Griffin actually looked a more natural shooter. But Zion's numbers compare favourably to Griffin's sophomore season, and are well ahead of what he put up as a freshman.

Barrett/Zion are the best freshman combo since Davis and Kidd-Gilchrist, but they don't have the complementary pieces around them that those two did. I think Duke deserve to be heavy favourites, but it's still far more likely they don't win a national championship than that they do.

Also it really pains me to say this, but I agree with Perthworld re: Virginia's woeful tournament history. He didn't say they're losing in the first round, but Bennett has never made a final 4 and has underperformed the seed almost every year at UVA. They're a fair bet as first 1-seed to lose.

@Bear VA were chokers even before the shock loss last season.

Agree, and Gardiner-Webb on their day will be dangerous too...

Saint Mary's are out, sadly

yes - it's a fine line between winning and losing

Only two Aussie men left in the running, White (Duke) and Stattman (Virginia)

Great finish between UCF and Duke!!

Despite VA being up by 10 points half way through the second half! 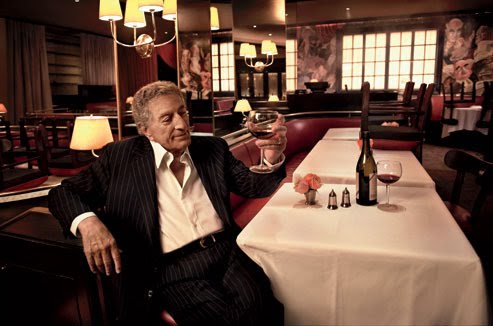