Canberra and one other unnamed Australian team have submitted bids to join the NZNBL in 2020 according to The Pick and Roll.

Wonder who the other team is?

Canberra were no good in the seabl and are struggling in the Waratah league, unless there is a huge injection of money from someone, I can't see it happening.

I just saw the gunners logo for the first time. what the?

If the AIS/Coe was part of the bid with the Gunners there'd have to be federal funding available.

Yeah but how much money do the Gunners need? Cal has some connections but don't know that he has enough to field a competitive Canberra team in a decent competition.

The Gunners could be better than they are, if they could persuade the best locals to play and then actually picked the best available, but many are uninterested or left out in favour of those who have been in the system longer. Not saying they'd compete in a SEABL/NZNBL level comp, but they wouldn't be getting hammered every round in Waratah. To jump to NZNBL they probably need 3 NBL bench guys plus the best of the current squad, or a completely new roster.

"Wonder who the other team is?"

IIRC it was said in the original article (from the NZBL) that there was also a Western Sydney team.

I suppose that on the plus side, if it actually works and you start to pull a crowd, then you have a basis for touting a (A)NBL team.
There is some cachet in it being an "international" league, and lets be honest, there is nothing Australian fans like better than whopping the Kiwis.

I have not been following them closely, but remains to be seen how successful the Huskies will be. It will be difficult for the NZBL to strike the right balance between allowing the Ausie teams to be competitive, whilst not allowing them to dominate.

Plus they also need to balance the prestige boost of including Australian teams, against the possibility they will piss off after a couple of seasons. 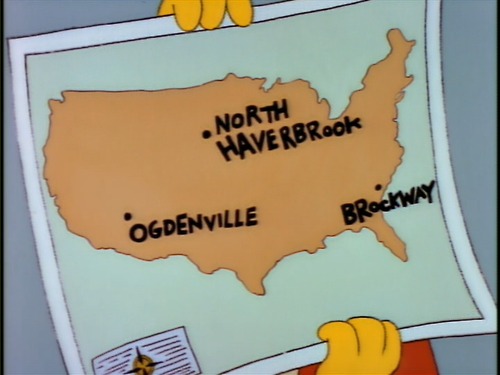 What a joke. Cal was in Hobart last home game at the DEC and was seen to be a guest of the Huskies. Not sure what that means but if there is a chance he can get his 64 year old arse back in any elite competition he will do what ever is required.

The NZBL have made a rule to exclude any NBL player playing more than 7.5 minutes a game. They immediately become an import.
Their draw is pro Kiwi obviously. They use Aussie refs that can't ref the locals as NZBL refs. It's a joke.
THe NZBL has embraced the Aussies into their arms and are already sticking it to them. Heaven help the Kiwis once they lose their own title to the Aussies.

"The NZBL have made a rule to exclude any NBL player playing more than 7.5 minutes a game. They immediately become an import.
Their draw is pro Kiwi obviously. They use Aussie refs that can't ref the locals as NZBL refs. It's a joke.
THe NZBL has embraced the Aussies into their arms and are already sticking it to them. Heaven help the Kiwis once they lose their own title to the Aussies."

Wow - that seems massively unfair doesn't it? (not)

No one is holding a gun to the Aussie teams heads - they know what the rules are/will be before they enter.

Why are you getting so angry about the restriction for NBL players? The NZNBL have for ages classified Australians as imports; and so obviously your naive (and plain stupid) if you think that any organisation in the position of the NZNBL would just let Australian clubs come in and fill their rosters with Australian NBL players without restriction (which would technically be imports under the age old rules) and dominate.

Pretty rich if you were expecting that the NZNBL would just bend over. If the roles were reversed, you'd be pissed off if NZ just bowled up with 10 Imports in your domestic league.

I don't see how the restriction is unfar - the 7.5 minute threshold may be somewhat subjective, but its a tough balance because as I mentioned Australians are classified as imports (and thats being the age long rule).

NZBL sounds so much better than NZNBL. Should rename to that.

The 7.5min rule is a NEW rule. So saying "they know what the rules are/will be before they enter" is simply wrong. Get it?
When NBL players went to play in the SEABL the rule was 12 min to then become a restricted player. 7.5 min is too restrictive. Look at all the players listed that play under 7.5min and you will see the calibre of players and why they play less than 7.5min in the NBL.

LC, but why base it out of Canberra if not using any of the existing resources or infrastructure?

Ok, it's not the Gunners, it's not the Cannons, and Basketball ACT are denying having anything to do with it. So which existing resources are being used?

All I have confirmed is that is will not be the Gunners, and most likely not branded the Cannons.

A bid separate to these entities has been submitted to NZNBL.

The above are now facts.

I honestly have no idea who it is.

But I would expect that based in Canberra, that they would play out of one of ther existing venues in town if they get in.

Surely anyone can hire a basketball facility anytime?