Illawarra did it, but Ball was just hurt
-Ball
-Hobson
-Preston
-Boone

Breakers did it & everybody loved them
-Hampton
-Hopson
-Henry
-Ashley

Cats for life
Two months ago

King's next star has played pro ball and played for Brazil. Drafted already in the nba

The difference is Didi was already drafted, which technically didn't fit under the Next Star rules and based on previous years would make him an import, but the NBL changed the rules on the fly 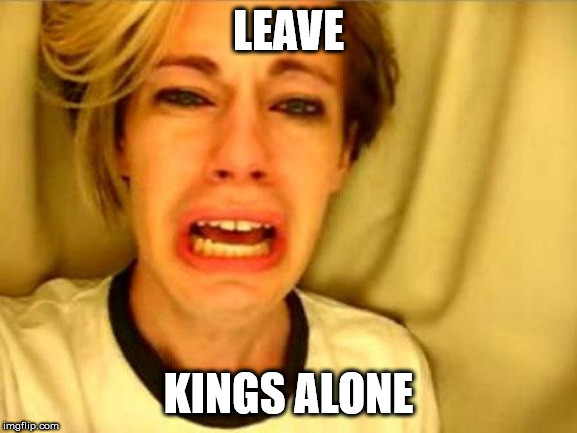 As mentioned above, Didi should never have qualified as a next star. He was already drafted and has played professionally already overseas. This isn't complicated.

Lots of NBA teams will be interested next year of stashing their young draft picks here to toughen up. Long run every team will be able to get one and that connection and the hype and the scouts that will bring to the league is priceless.

This has been the best year ever in all categories and the overall health of the league is benefiting. Adapt or die. I say good on the nbl for trying different things.

Or we can all roll just over and be Perths bitch.

The Didi signing wouldn't have been allowed for any other team that’s the issue.

Or we can all roll just over and be Perths bitch.

People need to stop being so dismissive of this as a viable option.

Didi signing was allowed for all clubs, he chose Sydney. All teams could have chased others.

Id rather choose Sydney to live in for a season than Adelaide or Perth if I'm new to the country.

Great idea. Select a New Star and have them walk before the season is over.

"Didi signing was allowed for all clubs, he chose Sydney. All teams could have chased others."

"Or we can all roll just over and be Perths bitch."

No, other clubs and their fans just need to get their heads out of their arses and try to emulate Perth, instead of trying to buy success overnight then bitching when it doesn't work.

If you go back to the mid 00's, Perth was no better off than anyone else. Playing on a comparative shoestring out of one of the smallest venues in the league. We'd won four championships. A great record, but not extraordinary.

Bendat and Marvin tookover at the end of the 05-06 season, and their first order of business? "Win a championship"? No, it was to massively increase their community involvement, and they rebuilt the team and the culture. The championship too four years.

Yes, the Red Army is loud and parochial, and just a little bit tribal, but we put bums on seats, and that funds the team. It also makes players want to stay. Yes Perth has dominated this past decade, but look at the stability we've had.
So many people assume that we'll just give Norton the flick if we can find a better PG, but we won't. The Cats are serious when they talk about culture and retention.

Didi was signed during the first week of the nba summer league last year Perth, Melbourne, and Cairns could have signed a draft and stash at last years nba summer league but chose not to but waited until half way into the NBL season to say anything about it.

other teams signed their players based on the rules, Sydney had the rules changed to accommodate a player they had signed.
If Perth had done this everyone would have cried murder.

Perth had the rules suit them for years, everyone got on with it. They helped nz as well.

The OP is just an exercise in missing the point

Lamelo Ball is an 18 year old kid who has not been drafted to the NBA.

Didi Louzada is in his 3rd pro season and played in the FIBA world cup. He has already been drafted to the NBA. Totally different scenario.

I don't mind the Next Stars program, but it shouldn't be used to exempt a guy in his 3rd pro season from being considered an import.

They need to bring in one of the following rules:

1. Only kids under a certain age (say, 19 and under) who have not yet been drafted should be exempted.

2. Only teams who finished outside the top 4 last season can have a Next Star.

To be clear, Sydney is doing absolutely nothing wrong. It's within the current rules. I don't blame them.

But the rules are ridiculous.

And it's not like Didi was a development player equivalent, or a kid who was training with a pro team over the last couple of years.

And as far as "oh the league's never been in better shape", if Sydney couldn't sign Taylor this year as an injury replacement because Didi was their 3rd import, that would've had precisely zero impact on the shape of the wider NBL.

The Next Stars who ever they are and how they got here need to play a full season or otherwise ineligible. (including finals)

this can really help the people that want to learn to dunk https://cutt.ly/ir2lhWg

Didi was only one problem, Taylor was the other.

Let me explain the hypocrisy:
Back in the 90's Scott Fisher ruptured his ACL, ruling him out for roughly a year. In the following season, Perth signed an injury replacement. As Fisher was almost ready to return, Crawford suffered a minor, but season-ending injury. The Cats released their injury replacement, reinstated Fisher, then immediately re-signed the same player as injury replacement for Crawford.
For some reason this created such an outcry, that the league changed the rules, although it still would have allowed that scenario.
Basically the rule says that once you release a player, you can only re-sign them as an injury replacement for a season-ending injury.
The purpose of this rule is precisely to prevent what Sydney did. Keeping an extra decent player on the payroll, and using them as injury replacement for various players throughout the season.
Like a lot of rules, the league can allow it under special circumstances.
Eg, last season Perth used Sunday Dech as a replacement at different times.
But once again the "rules" have been further stretched to accommodate Sydney.
Can you imagine if Cotton naturalises, and next year Perth were to have an extra import hanging around all season just to be an injury replacement? This place would go into meltdown.

Heard that Taylor is now headed home, all Kings players are back healthy. They had a scrimmage the other day and he not surprising killed the main guys alongside Bogut, Bruce & Cooks... Rumors that he's in talks with multiple teams in NBL for next season including Kings we will see

Bogut and Cooks are starters.

I heard Cooks and Moller did the damage at defensive end with Bogut.

I don't think Bogues played heavy minutes but you’re right Cooks is the starter, but looking at the other squad with

You would believe they win

Again probably third hand knowledge but cooks and Moller defensively are a unique combination of length and speed and bball iq.

The game has changed, nowadays they're won with good guards ... Bruce & Taylor are two underrated good guards
I believe Bruce hit his ceiling as a player but something about Taylor shows he can still improve a lot which can be dangerous